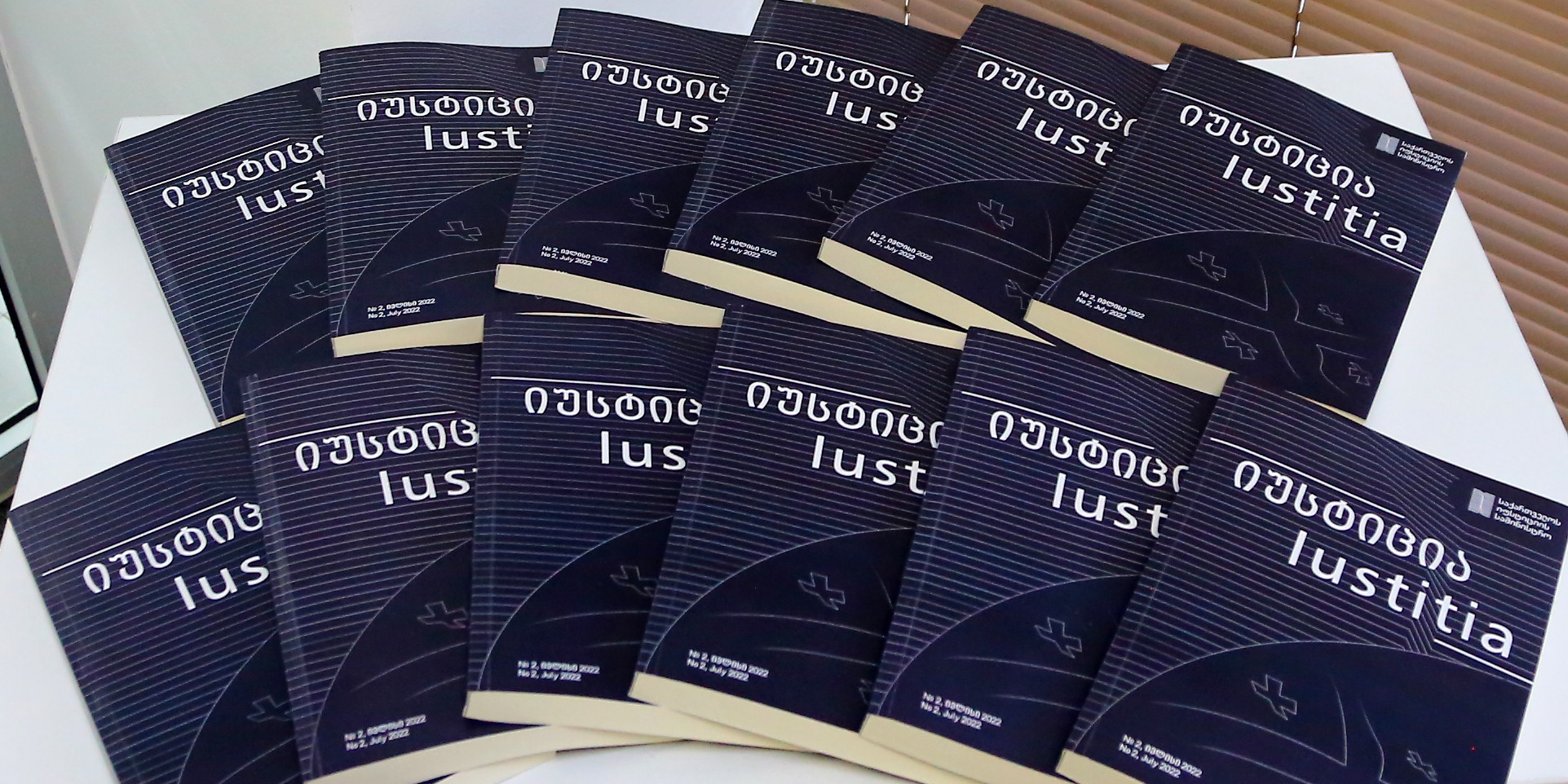 Ministry of Justice Publishes the Second Issue of Iustitia

In the 2nd issue of the magazine, the reader can get acquainted with the works of Georgian and foreign researchers on such actual challenges of modern legal science as: the relationship between the church and the state, definition of the concept of terrorism; Legal definition of cyber-attack; jury and mediation institutions in the Georgian legal space; Alternative dispute resolution in competition law.

For those interested in the history of law, the publication of the famous scholar Wilhelm Sauer's work ("Justice") continues, which is being published in Georgian for the first time. It is also possible to get acquainted with the Polish Constitution of 1791.

In the 2nd issue of the publication, the reader will also meet the interviews of Minister of Justice of Armenia, Karen Andreasian, and Prosecutor General of Georgia, Irakli Shotadze; The biography of the famous Georgian scientist, legal expert, Otar Gamkrelidze.

The Georgian-English magazine of the Ministry of Justice "IUSTITIA" was founded in June last year on the initiative of the Minister of Justice. It is a quarterly, refereed and peer-reviewed publication. Its purpose is to promote the development of separate fields of law and the deepening of academic discussion on legal issues.