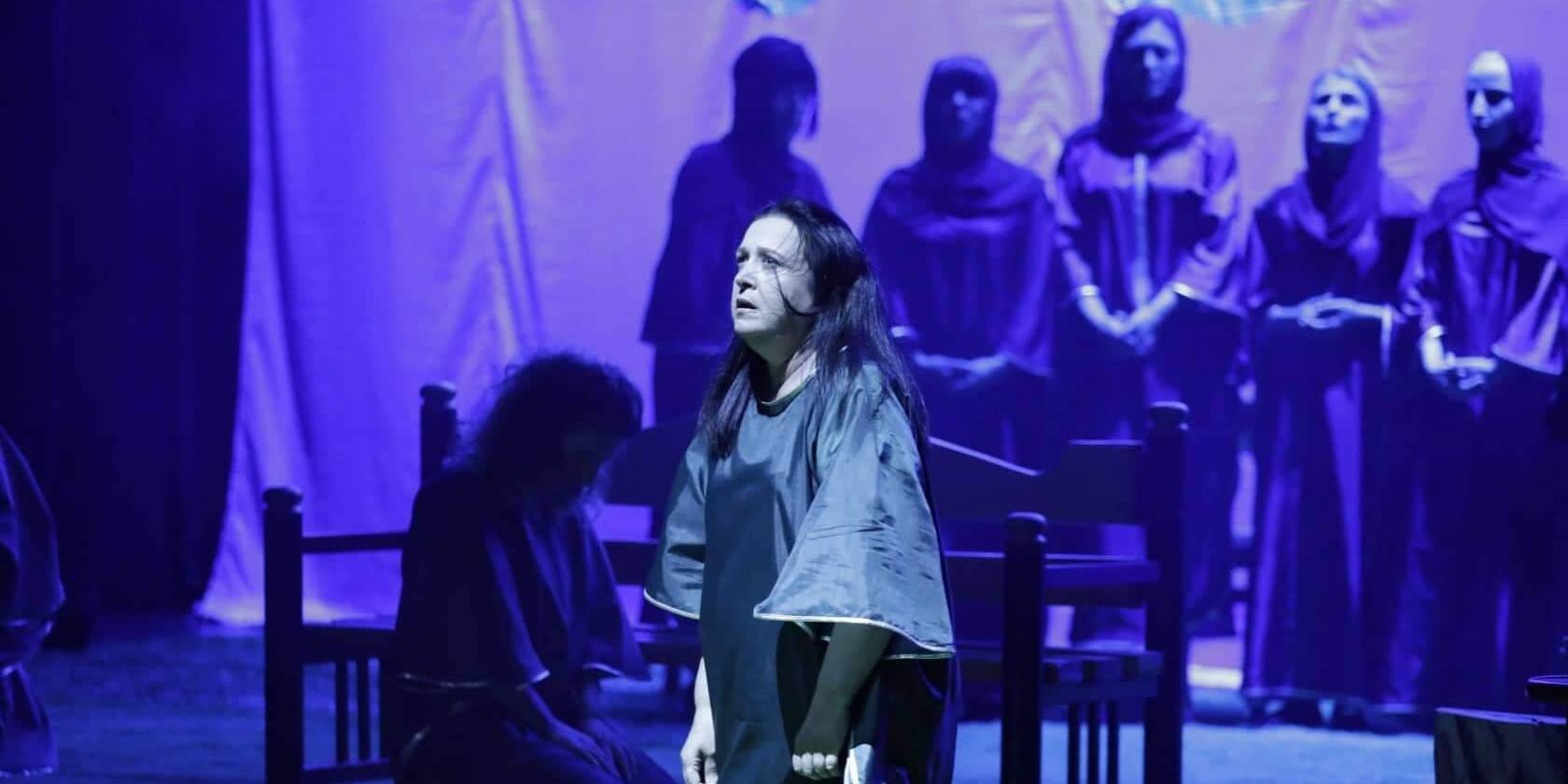 Performance of Convicts on the Stage of Marjanishvili Theater

The performance of the play - Angels Fly Over the Prison was held today in the Kote Marjanishvili State Drama Theater with the participation of convicts. 19 convicts participate in this one-act play. The script, direction, props, artistic decoration and posters belong to the convicts themselves. The performance was staged in Penitentiary No. 5 (Women’s Prison).

In the process of working on the play, the convicts had the full support of the management of the penitentiary service, as this is part of their re-socialization and rehabilitation program. The play itself is based on the idea that the convict, like any other person, should be able to start life with a clean slate after making a mistake. The process of working on the play was a kind of way for each participating convict to understand that through overcoming internal difficulties they will be able to draw experience from their mistakes that will help them plan their lives better. Angels Fly Over the Prison has already been performed on the stage of the Sandro AkhmeteliState Drama Theater;

Some of the convicts participating in the first performance have already left the penitentiary and were replaced by other convicts. The performance itself, as well as the process of working on it, is a kind of rehearsal for returning to society for convicts. Before the performance, an exhibition of handicrafts made by convicts was organized in the lobby of the Marjanishvili Theater.