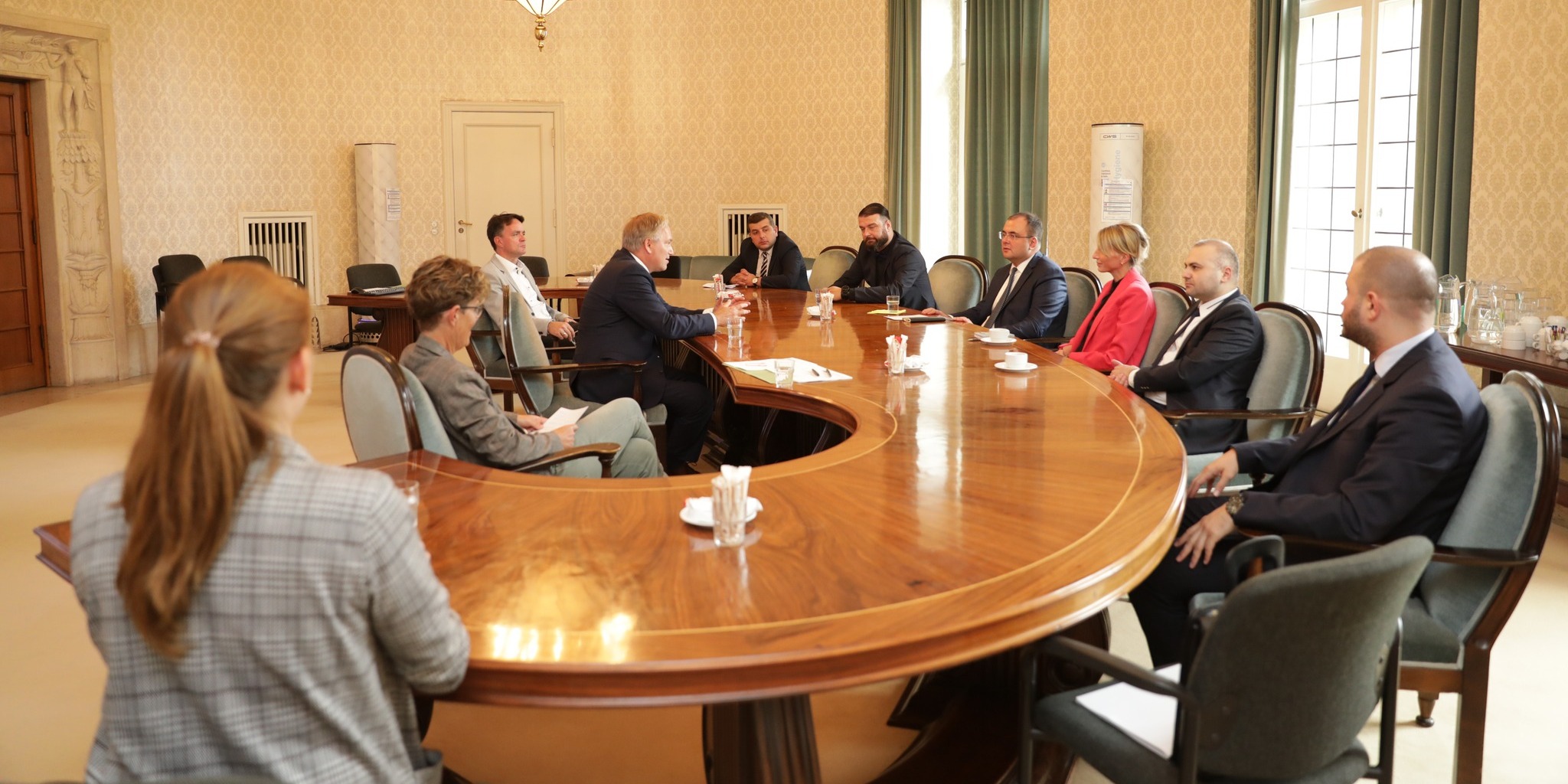 Delegation of Ministry of Justice Visits the German Probation Bureau

Minister of Justice, Rati Bregadze visited today the Probation Bureau of the Federal Republic of Germany as part of his official visit to Germany. According to the Minister, the successful cooperation between Georgia and Germany is important in the process of European integration of Georgia, especially after granting the European perspective. First Deputy Minister, Tamar Tkeshelashvili, Deputy Minister Buba Lomuashvili and Beka Dzamashvili also participated in the meetings held at the Probation Bureau. According to the Minister, further development of penitentiary and crime prevention systems in accordance with the best European and international standards is a priority for him.

The members of the delegation of the Ministry of Justice spoke about the important reforms implemented by the agency, which are implemented by the National Agency for Crime Prevention, Non-custodial Sentences and Probation; In particular, the innovative device for the control and provision of services for probationers - PROBBOX, through which the control and services of probationers became possible without reporting to the probation offices. By means of this device, more anonymity of probationers is ensured and the geographical area of their control and service is increased. Regarding the PROBBOX, the Ministry of Justice is actively sharing its experience with partner countries.

During his speech, Rati Bregadze focused on such important reforms as: increasing the effectiveness of alternative punishments and execution of house arrests; Supporting the active involvement of persons sentenced for penal labor in the implementation of infrastructure projects of cities and municipalities throughout the country, and promoting/ensuring their employment after serving the sentence; Support for re-socialization and rehabilitation of convicts and ex-prisoners.