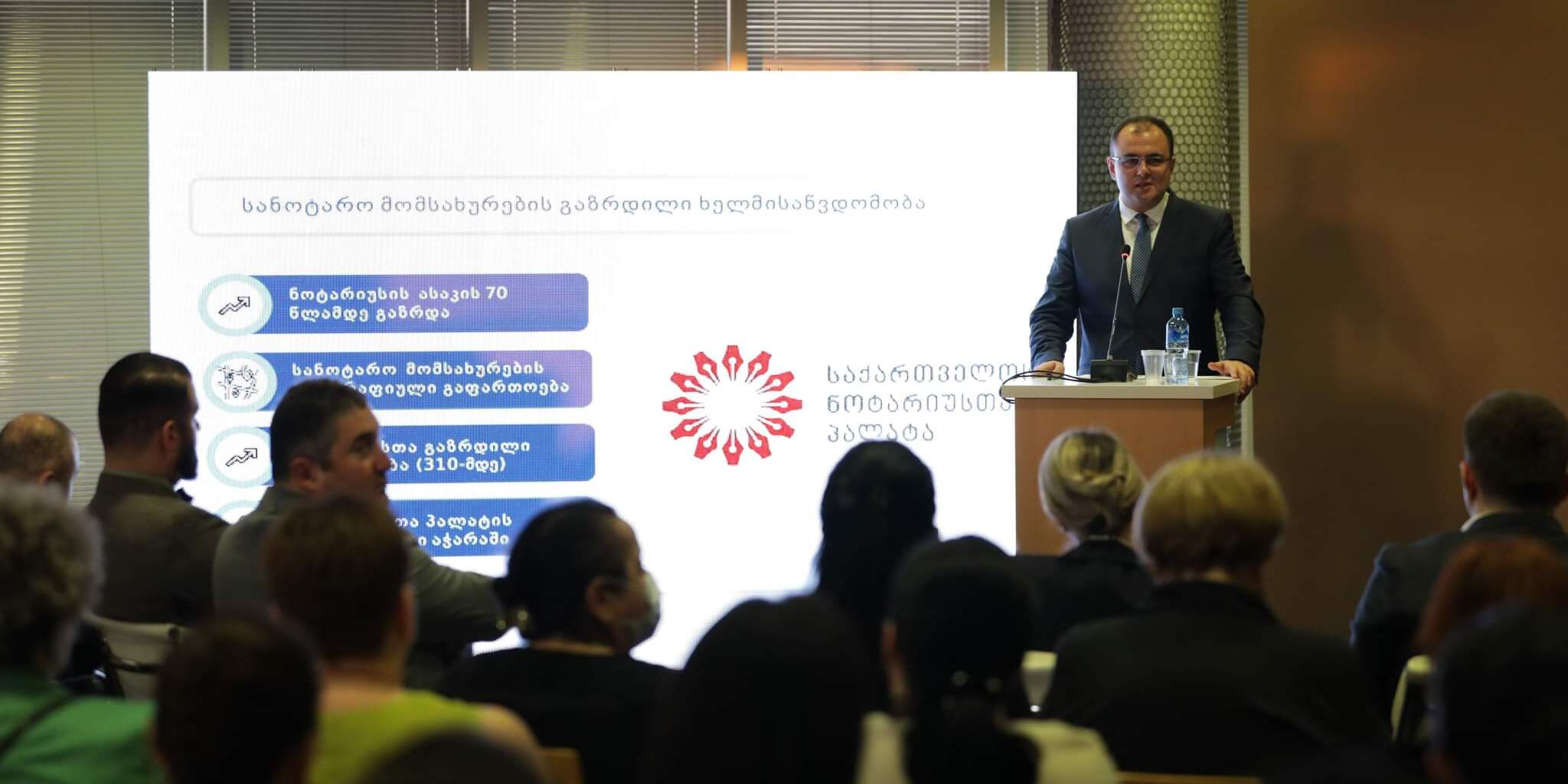 The Minister of Justice continues to present the Ministry’s activity reports in the regions. After Tbilisi, Kutaisi, Borjomi and Rustavi, the event was also held in Batumi. Rati Bregadze spoke about the reforms implemented by the Ministry of Justice and fulfilled promises.

Strengthening the direction of human rights protection, legal security and effective services - all the innovations offered by the Ministry of Justice to citizens are united around these three principles. In particular:

The innovative project Mobile Public Service Hall was introduced and is successfully operating in 7 regions; PROBBOX electronic service system for probationers was launched in 6 big cities of Georgia; The reform of systematic land registration started - in 59 municipalities of Georgia, land is being measured and registered step by step, according to the timeframe;

Infrastructural works continue – 5 new public service halls and a community center were opened; Constructions are underway in 6 more municipalities; Additionally, one more Public Service Hall will be opened in Tbilisi, in Hualing; The Samtskhe-Javakheti regional archive building opened in Akhaltsikhe;

The bilingual magazine Iustitia was founded and published; The largest electronic legal database HeinOnline became available to the Ministry of Justice; Memoranda of mutual cooperation were signed with the Ministries of Justice of Turkey, Israel, Hungary, Armenia, Azerbaijan, and Switzerland;

In addition, important reforms have been implemented in the penitentiary and probation systems – employment programs for prisoners have been strengthened; encouragement of sports activities in penitentiary institutions continues; Sports fields are being renovated; Regular trainings are in progress, probation bureaus opened in Sighnaghi, Terjola, Kutaisi and Zestafoni; The referral center opened in Kutaisi; Memoranda of cooperation have been signed with municipalities for the employment of persons sentenced with penal labor.

The presentation of the report was attended by the representatives of the government of Adjara, the Deputy Ministers of Justice, the employees of the LEPLs operating under the ministry and invited guests.